It’s Secret Pumpkin time again, and this year my giftee was the Mistress herself, Jenna of Shadow Manor.  Boy howdy did I have fun with this one.

It started with a board from Laser Lizard. I didn’t take a picture, but you’ll see the whole thing later.  I wanted to make stencils for the elements that repeated, so I started sketching flourishes on the edges of the board.  Afterward, they were traced and imported to my Silhouette Cameo, then cut from Contact paper.  After the board was stained, the stencils were carefully applied and painted in.

Here is the finished border.

Next, even more pencil guidelines, and out came the Montana Marker. I did some preliminary sketching, then went for it.  NOTE: Do not use brush varnish with Montana Markers. Trust me on this. Spray is your friend.

Some of my favorite bits from the alphabet:

Oh, and the HALLOIUJA in the first picture is a nod to the font from the original Oiuja board.

The main art pieces were a haunted house and a cemetery. Note how I snuck my signature on to one of the tombstones.

The planchette was a triangular wood piece that I trimmed down with a Dremel. I cut a hole and use a router bit to make a shelf to hold the lens.

Feet were glued on, and felt added to the bottom of them. Then it got a candy-corn paint job.

Here’s the whole shebang, with about a million coats of varnish. I didn’t take a pic, but I also made bags for the board and planchette using an extra vampire cape I had hanging around. Because doesn’t everybody have one of those?

This was massively fun, and it turned out pretty much exactly as I pictured it in my head.  Sure, it may summon a demon, but it will be a very silly demon.

Feeling lazy today, so you just get a link to a Goth Shopaholic post. But it’s a really good post, and now I want black milk glass.

Yeah, you can do it, but it looks like a pain in the butt.

One of my favorite comics artists.  If you’re wondering, he pronounces it sin-KEV-itch. More on click thru.

The Haunting of Baylock Residence

Posted by frykitty on April 19, 2016
Posted in: Moving Pictures.

Is it deeply flawed? Well, yes. From timeline issues, to acting, to script, to the vintage 1972 posters of Beck and the Yeah Yeah Yeahs. Not to mention a rather unthreatening denouement. Nonetheless, Anthony M. Winson has created this homage to 70s haunted house films with great love. He gets the feel exactly right–that slightly surreal, claustrophobic atmosphere. The music is also spot on. And the final test–it had a couple good scares.  My tolerance for long amateur films is short, but I watched this all the way through, delighting in his tropes and nods.

Magnus Gjoen, Everything Ends with Flowers

Posted by frykitty on April 12, 2016
Posted in: Moving Pictures.

Yeah yeah, it’s way late for Christmas, but it’s what was in the queue. 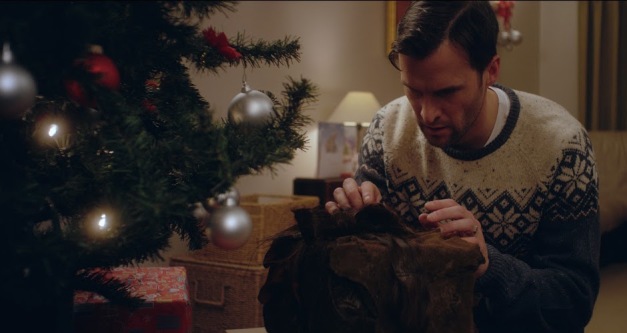 Posted by frykitty on April 11, 2016
Posted in: Uncategorized.

Want to add a little gothic elegance to your home? Toscano Furniture has a fantastic Medieval and Gothic section. Here are a few faves:

Carved Unicorn Writing Desk. Give this to me now.